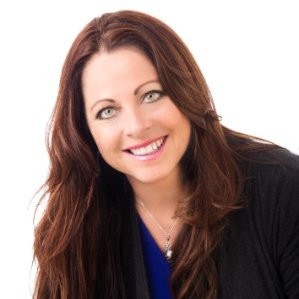 Wendy S. Burton founded agroforestry company World Tree in 2002, but she was a tree lover well before then.

“One day when I was about six years old, my mom found me out on the side of the highway, crying my eyes out,” Wendy recalls. “She came running to see what the problem was. A logging truck had gone by right then, and I said to her, ‘They’re killing all the trees!’ And she said, ‘Ohhh honey, no no no, trees aren’t alive.’

“I was just mortified; I was like, ‘Yes, they are!’” Wendy says, her eyes widening. “From the time I was a little girl, trees were my playmates. I just always had an affinity for them. I knew trees were living, something that was a part of me.”

It makes perfect sense that Wendy would go on to create World Tree, an organization that brings together farmers and investors to collectively reduce the amount of carbon in the air by planting acres of the Empress Splendor tree. Starting in August 2021, World Tree has launched a crowdfunding offering through Wefunder that can be accessed at wefunder.com/worldtree.

The journey to get here wasn’t necessarily easy: Wendy has pivoted her company’s financial model, learned how to make headway in traditionally male-dominated industries, and paved the way for a “for profit, for good” company.

Below, Wendy shares her lessons learned with Women in Climate Tech.

How did you know you’d found a product and a cause — the Empress Splendor tree — worth building a future around?

Prior to World Tree, I used to do PR for public companies. I was working for a graphite mining company who wanted to vend a new product. They flew me to Vancouver, and I remember sitting in a high-rise office and listening to a guy from Australia talking about this tree. I had what I refer to as my “aha!” moment.

The more he talked about this tree that regenerated from the stump, that sequestered more carbon than most any other tree, that you could cut down up to seven times, with leaves three feet across, and reaches full lumber-harvesting maturity in 10 years — well, I drank the Kool-Aid. The more he shared, I said I’m in, I’ll do it, whatever I need to do for this tree.

I knew it needed to be brought to the world with integrity, so I left that company and decided one day I would start my own company, centered around the Empress Splendor and its many benefits.

What was the biggest pivot point for your company, and what did you learn from it?

There were many roadblocks in starting a company. Quitting was never an option. Although having said that, I quit many times, but woke up the next day and got back into it. You can quit on yourself in the moment, but don’t quit on your overall dream.

Before we set up our current business model, World Tree used to be a tree selling company. But, the farmers could no longer afford to buy trees from us because they were already losing their farms due to climate change. They called and asked me to give them the trees for free, and I had to say no because that wasn’t my business model. There’s always going to come a time in your life when you’re so close to what you’re doing that you can’t see the forest for the trees.

My outside counsel asked me this amazing question that made me pivot my thinking: They said, if money was no object, what would you do differently?

And I said, you’re not going to like this, because we’re a for good, for profit company, but I want to give the trees to the farmers for free. Out of that and stepping back, we were able to create the Eco-Tree Investment Program.

It’s being able to step away and see something from somebody else’s eyes. By doing what we did, we got to reinvent ourselves and truly orient ourselves around the work we were supposed to be doing.

You have experience navigating being a female in male-dominated industries like lumber and forestry, as well as finance. What advice do you have for women in business?

If this is what you’re supposed to do, then don’t allow anybody to kick you off your mark.

I was called “sweetie” and “darling,” and told, “That’s a cute little idea you have here.” To which my response was, “Okay, I guess you don’t get to be a part of this.”

You’re always going to have naysayers and people who will belittle you. Only when you listen to them does it make you want to say no. Keep saying yes to your north star and your own personal dream, and don’t let anybody take it away from you.

Through its educational model, World Tree is in constant contact with its farmers. What type of feedback have you heard from them?

One of my farmers in Costa Rica, his older children were going to college and they didn’t want to come back and work the farm because they saw how difficult it was. They grew up knowing farming was a struggle and there was a financial heartache attached to farming.

But the farmer told me recently that now, with his younger son, they’re working the farm together and he wants to grow up to learn more about the Empress Splendor trees so he can stay at home. It’s creating a generation of farmers who can see opportunity in their future — to not have to leave their communities and to be able to stay home and be financially secure.